Roth and traditional IRAs have a lot of things in common: both carry contribution limits that dictate how much you’re allowed to put into the account each year, and in most cases, you’ll need to wait until age 59 ½ to start making withdrawals unless you want to get hit with a penalty.

But Roth IRAs in particular are pretty spiffy retirement tools: because you pay taxes on the money before it goes into the account, the investments are allowed to grow — and later be withdrawn — tax-free.

This is different from a traditional IRA, where you don’t pay taxes on your contributions today, but you will owe them when you take the money out down the line. Additionally, because you’ve already paid taxes on Roth IRA contributions, you’re allowed to take those out whenever you want. It’s just the earnings that have some strings attached. So, you get some more flexibility with your funds in the near term, and a long-term payoff on your investment gains.

But still, there are some important restrictions to keep in mind when opening a Roth account — if you don’t understand them, you might end up running into taxes and fees after all.

Specifically, you may have heard of the Roth IRA 5-year rule. As it turns out, there are actually three important Roth 5-year rules to keep in mind, which we’ll dive into below, but the gist of all these rules is that your earnings can’t be withdrawn tax-free until the account is at least five years old.

The Roth 5-year Rule on Withdrawals

The Roth IRA 5-year rule on withdrawals states that you cannot make a tax-free Roth IRA withdrawal of earnings without waiting five years from the first year the account was funded. If you do, you’ll pay standard income taxes on the withdrawal, along with that nasty 10% early withdrawal penalty if you’re not yet age 59 ½. In other words, you’ll lose the main benefit of a Roth IRA – to avoid taxes on your investment gains.

There is some good news, though: the clock starts on January 1st of the year you make your contribution — even if you make your contribution in a later month! So, for example, say it’s July of 2025 and you want to make a distribution from a Roth IRA you first funded in December of 2020. You’re in luck — even though the IRA isn’t quite five calendar years old, it’s five years old per the IRS’s timeline!

Roth IRA 5-year rules apply to Roth conversions, too — those are Roth IRAs that have been converted from traditional IRAs (or from a 401(k) that was rolled over to a Traditional IRA). This type of conversion is sometimes done as part of a backdoor Roth IRA — a completely legal loophole that allows those who make too much income to open a Roth account to contribute to one nonetheless.

The Roth conversion 5-year rule is similar to the rule on withdrawals: unless it’s been five years since the Roth conversion, distributions of earnings will be taxed as ordinary income (and subject to the 10% early withdrawal penalty if you’re underage 59 ½). As with the withdrawal rule, the clock starts on January 1st of the year the conversion was made — but if you do multiple Roth IRA conversions, each one starts its own 5-year clock.

Because they don’t carry required minimum distributions, or RMDs, during the account-holder’s lifetime, Roth IRAs are popular options for those looking to pass on tax-free inheritances to their loved ones after they die. However — you guessed it — a Roth 5-year rule governs the taxation of distributions in this event, too.

Once again, an inherited Roth IRA must be at least five years old before tax-free distributions can be taken. Important note: this does not mean the inheritor has to wait five years from the time of the original owner’s death. Rather, the clock is started on January 1st of the year when the original owner first made a contribution.

Another caveat: the inheritor doesn’t have to be age 59 ½ to take penalty-free withdrawals — they’re available right away, tax-free, so long as the account is at least five years old.

Keep in mind, too, that you may have several options as to what to do with an inherited IRA, depending on your relationship to the original account holder.

For instance, those who’ve inherited an IRA from a spouse can simply treat the account as their own, whereas others might need to perform an IRA rollover or simply cash out the account. As always, if you have specific questions and concerns, contact a qualified tax professional.

Are there exceptions to the Roth 5-Year Rule?

You can check out the full details on all the rules and regulations directly from the IRS, but in all cases, you need to wait five years before taking Roth distributions including earnings in order to avoid paying income taxes on the money… again.

Why Do the Roth 5-Year Rules Exist?

Good question The five-year Roth IRA holding period is meant to keep people from abusing the tax benefits of a Roth IRA. The ability to take tax-free withdrawals is a powerful one — so the five-year caveat helps keep that benefit in check. Luckily, these rules don’t have to be too burdensome; just make sure you pay attention to the calendar before making your withdrawals!

Although there are three separate Roth 5-year rules, they all say pretty much the same thing: in order for a tax-free Roth IRA distribution to be made, the account must be at least five years old. If you find all the rules hard to remember, just keep this in mind: try to wait to withdraw until the Roth is at least 5 years old and you turn 59 ½ (unless you inherited the account from someone else, in which case you can ignore your own age). If you have more questions, consider asking a financial or tax advisor for help.

The Roth 5-year Rule on Withdrawals

Are there exceptions to the Roth 5-Year Rule?

Why Do the Roth 5-Year Rules Exist? 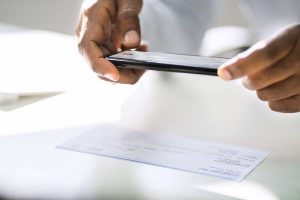 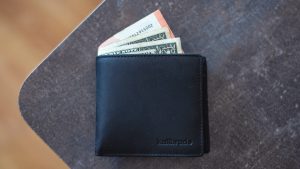